The shock of seeing miles of black burned trees met us as we climbed into the western Sierra Nevada in our truck camper. Bare foundations and forlorn chimneys could be seen in the aftermath of the Creek Fire – one of the largest wildfires on record in California burning 379,895 acres.

The fire started in the Big Creek Basin in-between Shaver and Huntington Lakes on September 4. 2021 with full containment declared on December 24th. A tough Christmas many will not forget yet grateful to celebrate as miraculously, not one life was lost from the blaze! 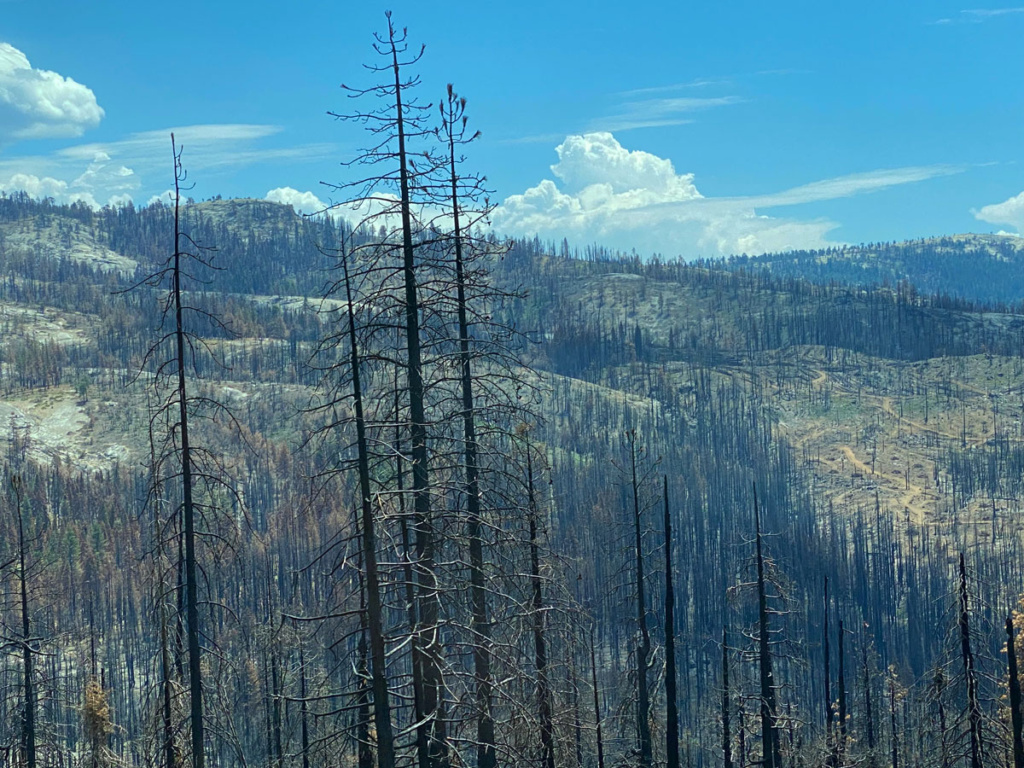 Burned landscape after The Creek Fire

Thankfully the mountain town of Shaver Lake was mostly preserved. The outlying gas station and market started by the Cressman Family in 1904 was burned. However, we filled up with diesel there as they are reopened and working to rebuild. They are currently operating out of a metal container type building but the store is fully stocked with specialty honey, olives, seasonings, candy, cold drinks, t-shirts and hats. Fuel prices were as good if not better than in the suburbs on Highway 168. 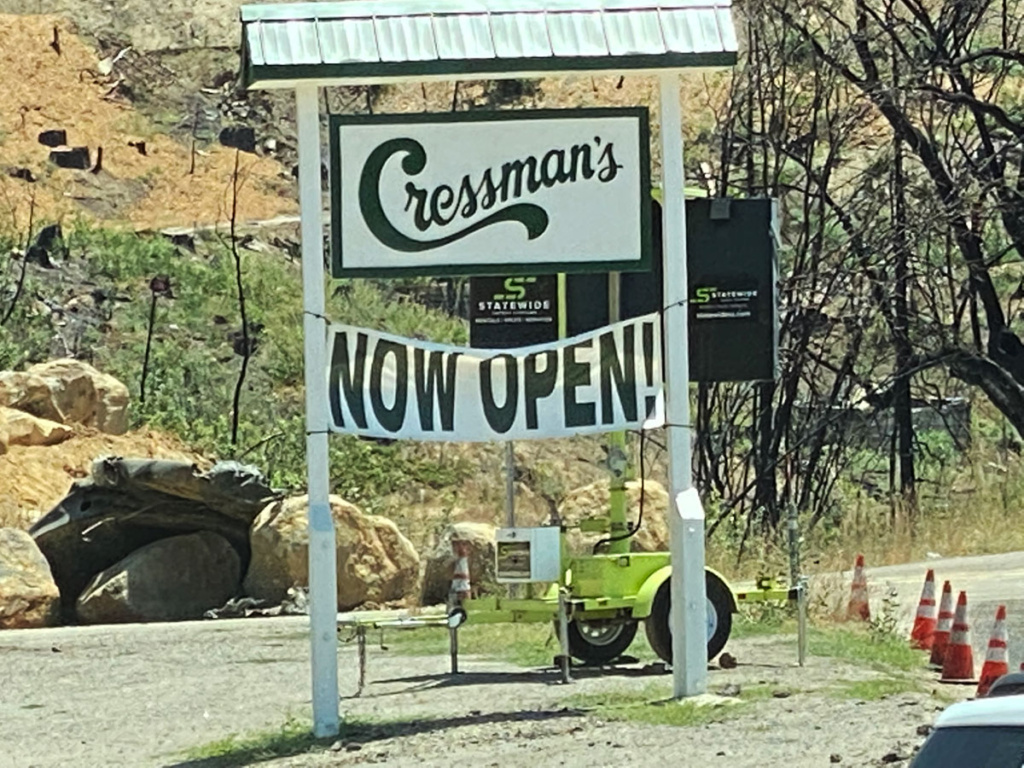 Historic business reopens as it rebuilds

In lieu of boondocking we dry camped in our Arctic Fox with family at the Rancheria Campground on the shore of Huntington Lake to enjoy shade from the green trees and dainty wildflowers. Camp Edison at Shaver is open as well as Lower Billy Campground at Huntington. Upper Billy was closed with a blackened tree line standing nearby. The Sno-Parks looked desolate with views of the naked forest. We saw no shade making this area too hot to be inviting to boondock this trip.

Boating on the lake

We trailered our 4 Winns Freedom boat up the mountain for our family to enjoy tubing, skiing and doing some fishing. The boat afforded us a tour of the lake to view where the fire had come right down to the water. Colorful wildflowers bloomed as symbols of new life near the ash and dark barked trees.

Sailboats of all models and sizes were in the process of leaving or arriving for the big seasonal High Sierra Regatta. It was interesting to watch the process the teams of folks worked at to either dismantle or set the tall-masted watercraft.

Kayakers and paddleboarders also enjoyed the clear, cool lake.  Long-time sailors of a Butterfly Class sailboat were among our family campers able to only take 1 to 2 people on board. Sailboats always have right of way over motorized boats.

The public marinas were open with fuel available at the China Peak Landing at Huntington where you can also rent boats or a boat slip. We chose to park our boat and trailer in the nearby marina boat ramp parking lot for $10 bucks a day.

Gratefully the higher elevation afforded cooler weather than the foothills we traveled through at 105 degrees with Shaver Lake in the high 90s in mid-July. Huntington was in the high 80s with the nights gratefully cooling down into the 50s and 60s.

To go or not to go

The only dump station in the entire area we could find was at Camp Edison at Shaver commanding $30 to utilize their facility. Hundreds of rigs were camping in the lake areas. Perhaps like us they opted to use the campground toilets more often. Staff kept the restrooms well-kept whether pit toilets or flushing.

A time of 1sts

We introduced our 9-year-old grandson to fishing. Both Grammy and grandson went home disappointed not to catch a rainbow or kokanee, but we had fun trying. The grands also got in their 1st water tubing behind our boat. 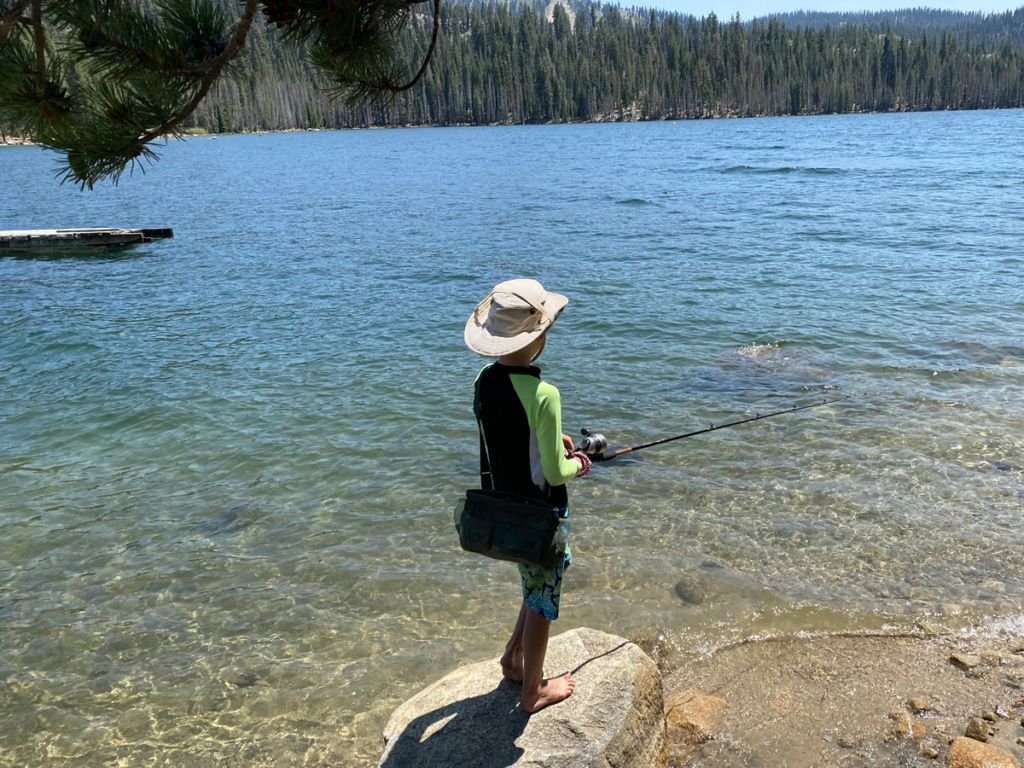 It was nice to see unmasked faces and smiles as families enjoyed the lake while swimming, fishing, boating, hiking, walking their dogs or making s’mores.

My husband Pres’ grandfather, Edward F. Meyers was the paymaster for Southern California Edison at the time the chain of lakes were being built: Florence, Edison, Huntington and Shaver as well as the Kern River project with Lake Isabella. 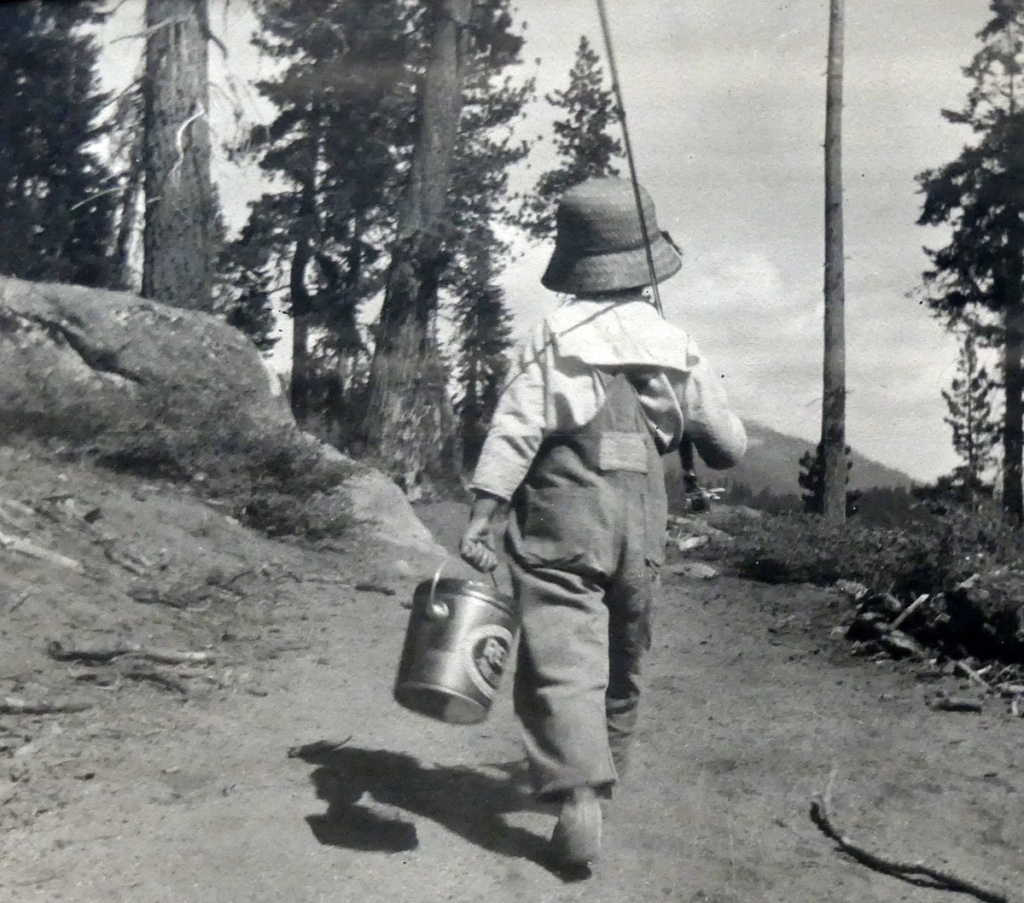 Ted grew up to be a pioneer in TV and radio broadcasting. He became a TV personality on KHJ Channel 9 in Los Angeles known for his “golden voice.” He maintained his love of fishing by tying his own flies and making frequent trips into the Sierras. He passed on his love of hiking to Pres. 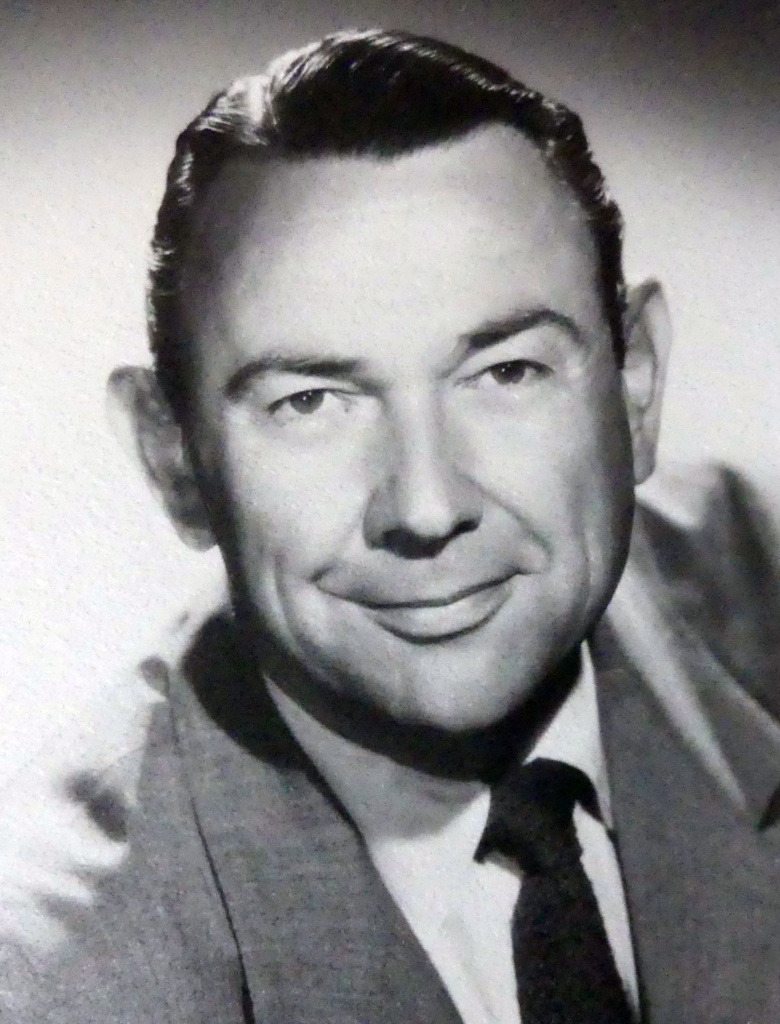 You can watch the documentary “Mountain Strong – Surviving the Creek Fire” on Yahoo Financial or ABC. The heroes and survivors are interviewed with footage taken of the raging wildfire. Miraculously no lives were lost!! May God grant peace and strength to those who face the challenge of rebuilding their lives.