Can you find true north using the stars? Get a free app to learn the names of constellations and stars and read our stargazing tips and gear ideas.

Stargazing is a major perk of camping in the backcountry under the vivid night sky. Void of city light pollution the magical eye candy of the Milky Way is brilliant against a velvet curtain of stars and planets. Stargazers can learn to identify heavenly bodies by using a star chart or planisphere – either manual or as a cell phone app. Keep reading for details in the Star charts section.

The Sierra Nevada Mountains are called the “Range of Light” which comes most into play at sunrise and sunset. A reflective glow from the setting sun “lights” the majestic peaks while we are camping in the deepening shadows of a canyon. Waiting for the sky to darken, we watch for the 1st planet or star to appear and call out – “Starlight, star bright”….do you know the rest of this traditional rhyme?….

“first star I see tonight, I wish I may, I wish I might, have this wish I wish tonight.” 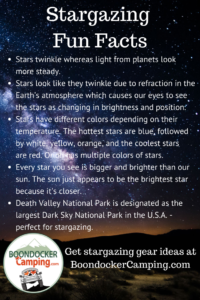 Pin this for later

USA Today, June 2016, reported that “Light pollution now blocks the Milky Way galaxy in the night sky for nearly 80% of Americans and more than one-third of the world….”

Sadly, the city lights of Las Vegas have begun their encroachment on the night sky – even in Death Valley. We have seen the faint glow of Las Vegas along the horizon at times when in the Funeral Mountain Range on the eastern side of the National Park.

“The Dark Sky Park designation represents not only the efforts of the park and its partners but the dedication of avid amateur astronomers who have sought the park’s world-class starry skies for decades,” said Dan Duriscoe, of the National Park Service’s Natural Sounds and Night Skies Division. Read more about the dark sky observation opportunities from the park service.

We always bring along a star chart/ planisphere to learn the names of the constellations in the dark enthralling sky of the backcountry. These star charts come in various types and sizes so you can carry them backpacking, in your truck’s glove box, or pack with your camping gear. This reliable tool does not need batteries or cell phone service and is an easy skill to learn.

You can get free maps of the night sky with a 2-page monthly guide by Sky Maps. As you can see in our photo below, our star charts have been love-worn like the Velveteen Rabbit. 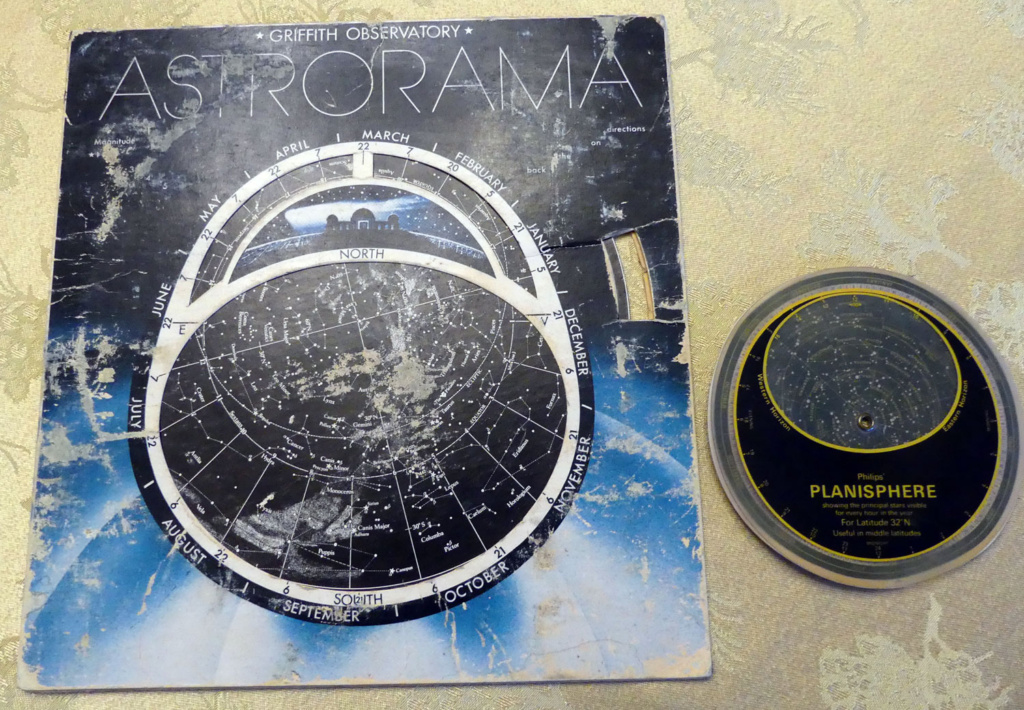 A favorite cell phone app we like is called, “SkyView.” This app uses the phone camera and your location. Simply point your phone towards a planet, star or constellation and its name will appear. The app requires that your location is turned “on” to work properly. Get the app via Google Playstore or use your Apple App store. SkyView works with both iPhones and Android. You can upgrade from the free “lite” version to get more fun features. Remember to check ahead to see if there is cell service where you plan to stargaze.

The 88 constellations will appear transposed over the stars so you can recognize them. I have often wondered how certain constellations were drawn from the array of stars that seem to look nothing like the figure it represents. I guess it is like seeing shapes in the clouds that some folks see while others don’t. 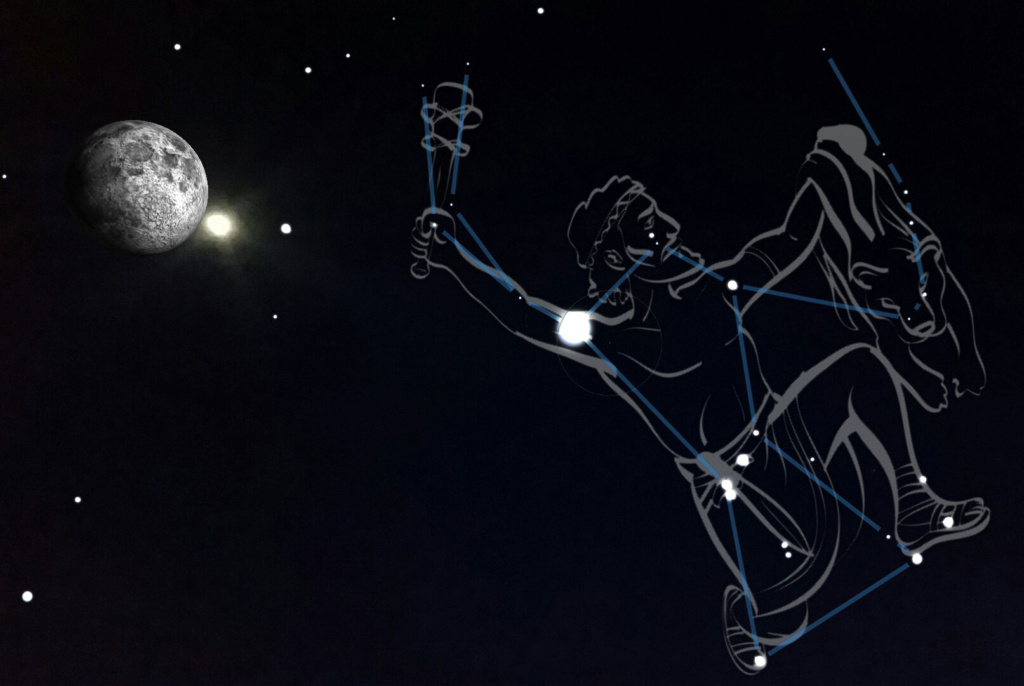 Getting a closer view

Having a good pair of binoculars with a tripod is key to seeing more detail in the moon and stars. I have the Celestron Sky Master which is much heavier than regular binoculars but gives better clarity to see craters on the moon and the rings of Saturn. I like using a tripod as it is hard to hold the heavier binoculars steady to gaze at objects so far away. Get a tall sturdy tripod so you can sit more comfortably without cramping your neck.

Celestron makes a variety of affordable telescopes. Here’s a link to Celestron’s list of when to see meteor showers. Get on their mailing list for informative tips to stargaze.

Learning to take night shots of the moon and Milky Way is a fun, challenging activity. Cell phone cameras continue to improve for taking photos at night however, a digital or film camera is still the best way to capture enthralling photos.

My Panasonic Lumix camera is less expensive than Cannon or Nikkon, yet is capable of taking great photos. My telephoto lens works as well if not better than our binoculars for seeing craters on the moon. 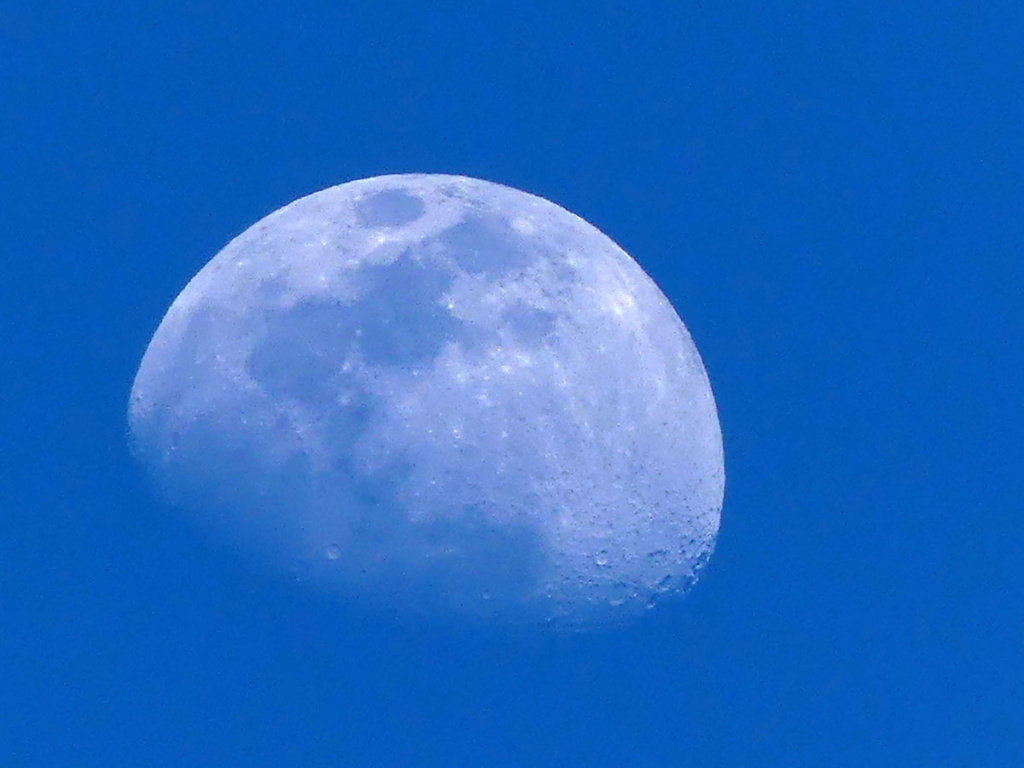 Can you find the North Star?

The North Star located in Ursa Minor (the Little Dipper) is the only star that remains constant in our sky. Sailors, astronomers and travelers have used this guiding light to determine the direction for North on the compass since time began.

While camping in the Carrizo Plain National Monument a neighboring camper was set up with multiple telescopes and stargazing equipment. Dave is a member of the Central Coast Astronomical Society and was conducting a study to measure the light of a particular area of space. More than happy to share his expertise, Dave invited us to see a breathtaking alignment of 5 planets while still dark at 4:30 am; Mars, Venus, Saturn, Jupiter and Uranus.

While looking through his Dobsonian 20-inch reflector telescope Dave directed us to look at the North Star. Puzzled at seeing 3 distinct points of light, Dave explained that our North Star is a tri-star all orbiting around a central source of gravity!! Wow! I love that our “true north” consists of a trinity – a picture of our Creator God.

The Big Dipper (Ursa Major) is easy to spot and use to trace the ladle that “points” to the North Star, the brightest star at the end of the handle of the Little Dipper. Use the “SkyView” app to validate you found it. Knowing the location of the North Star can be very handy in orienting yourself under the night sky.

Knowing the names of stars and planets is like recognizing the names of wildflowers and canyons. When you know their names they feel like familiar friends, helping me to feel at “home” in new places.

It is the LORD who created the stars, the Pleiades and Orion. He turns darkness into morning and day into night. He draws up water from the oceans and pours it down as rain on the land. The LORD is his name!” Amos 5:8

My personal favorite constellation is Orion. The “hunter” is easy to pick out of the night sky with his banded belt of 3 stars in the center of 4 bright stars in a rectangle forming his shoulders and legs. Orion also contains several nebulas. If you follow his top right shoulder up you will come to a tight cluster of stars called the Pleiades or the 7 Sisters, also known as Orion’s kite. Orion can be seen best in the winter months and contains both “red supergiant” and “blue supergiant” stars.

The Big Dipper is another favorite as it can be used to trace the ladle to find the North Star in the Little Dipper. Knowing the location of the North Star can be very handy in orienting yourself under the night sky.

Finding a local club of passionate stargazers is a fabulous way to learn about the night sky and get gear recommendations. Many of these clubs offer monthly nighttime gatherings or “star parties” to share their equipment and expertise. Your community college may be a resource for astronomy classes as well as clubs.

Becoming a stargazer will enrich your nights while camping out in the backcountry and it’s SO EASY to get started!

Previous Post: « Hangry Proof Your Next Campout with These 15 + Easy Power Snacks
Next Post: Manson Hideout at Barker Ranch in Death Valley photos before the fire »